Todd Vandermay: The path to Seminary 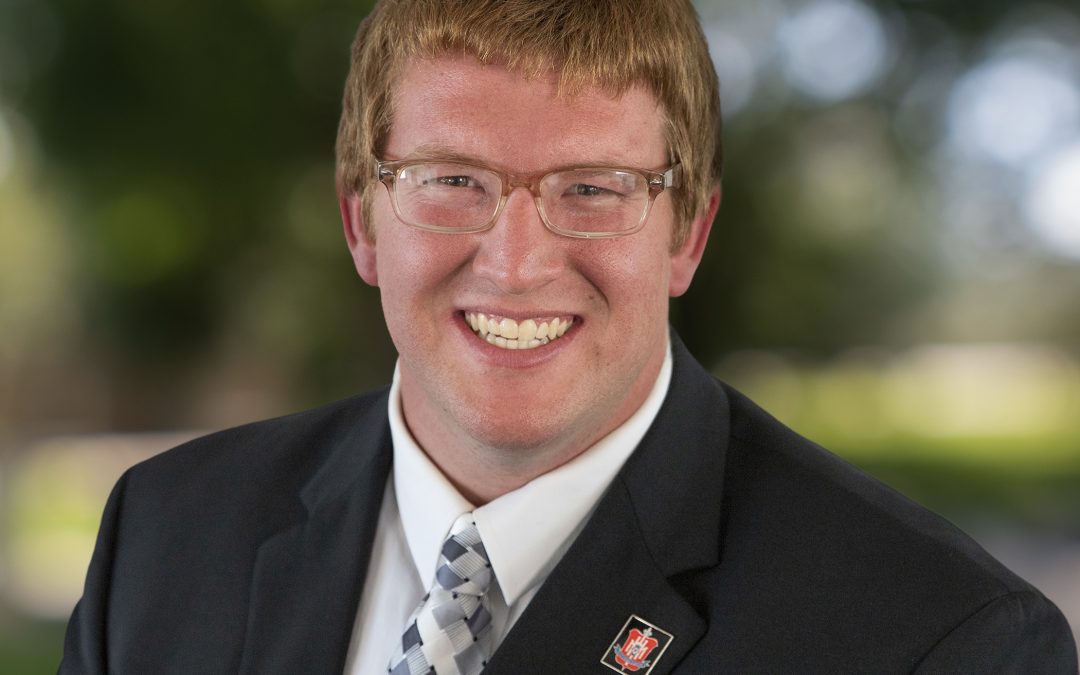 Todd Vandermay is a Senior this at Immaculate Heart Seminary in Winona, MN. Read about his story here: Todd Vandermay was on the edge. Following his graduation from high school, he had decided he was headed off to college – but his faith wouldn’t be making the trip with him. Had it not been for an insightful group of sixth graders, Vandermay may never have found himself here, finishing his final year at Immaculate Heart of Mary Seminary. Vandermay, a senior from the Diocese of Rapid City, grew up on a farm in rural South Dakota, where he helped out with a variety of chores. His early schooling was spent learning in a two-room schoolhouse, but then eventually he made it into a larger building. He spent a lot of his free time with his grandmother, who lived just down the hill from his farm. “She was very religious and first planted the idea of being a priest when I was five or six,” he said. “When I was there, she’d be playing EWTN, Mother Angelica and praying the Rosary. It was always something dear to her heart, to have someone in the family become a priest or sister.” Vandermay enjoyed going to church and serving at Mass, but once he reached middle school, he put the idea of a vocation aside. For him, it was all about sports. Vandermay was a three-sport athlete in high school, but he focused mostly on wrestling, with the goal of compiling 100 career wins or going to the state tournament, which would earn his spot on his school’s photo board. “That was my goal in life,” he said. “That’s all I was living for.” He missed state by one match during his senior, so he turned to other vices to numb that disappointment, he said. Still, he had his eyes turned to the future, and after high school, he planned to enroll at Black Hills State University to become a history teacher. To do so, however, he needed scholarships, so he found one he could earn by teaching catechism at his local church, which he did throughout his senior year. He was learning about his faith as he went, right along with his sixth-grade class. He didn’t allow that new knowledge, though, to impact him, and he decided that this experience with the Church would be his last. “I had no intent of keeping (regular Mass attendance) up in college,” he said. But that all changed on the final day of catechism class. The students requested to watch the movie “The Passion of the Christ,” so they did. It moved Vandermay profoundly. “It just tore my heart out, to be given that grace the entire year of learning the faith with the kids, but not allowing it to affect me,” he said. “Then I started realizing, there had to be more to life than having to amplifying everything up to get some kind of enjoyment.” So rather than going to college right away, Vandermay took a year off to ponder what else could be out there for him. That thought he had 13 years early about becoming a priest resurfaced, so he starting visiting with his vocations director and making seminary visits. Still, he wasn’t convinced, but he was willing to explore. “I knew that if I didn’t give it a try, I wouldn’t know for sure,” he said. So Vandermay made the decision to enter IHMS, and he discerned for two years, but still, something wasn’t clicking, so he discerned out and returned home to work on the farm for a year. But God tugged back, and a year later, Vandermay asked his bishop if he could return to seminary, which he granted. But first, Vandermay spent a Regency Year at the Mater Dei House in La Crosse, Wis., and has since returned to IHMS to finish out the final two years of his formation. He credits God with not giving up on him. “Ultimately, it’s God,” he said as to the reason he’s here. “I have tried pushing it all away, but he’s drawn me back multiple times. It’s just the full process of realizing the immense love God has for us, and it isn’t always an easy breakthrough to realize that and to accept that.” Vandermay has come to realize that everyone has gifts, and they have brokenness, and all of it is used to determine God’s plan for our lives. He’s seen that same unfolding happening in his life up to this point. Once he leaves IHMS, he hopes to continue learning to trust God’s plan. “The first thing I hope for is hope itself. To be able to trust in God that no matter what is ahead, it’s going to get better and keep getting better,” he said.